In this article I would like to highlight some influencing factors when dealing with the new Topology Study in SOLIDWORKS 2018 (as part of Simulation Professional).

Let’s have a look at the example of a girder loaded with a distributed force on the top and fixtures at the chamfered corners:

We choose the default type “best stiffness to weight ratio” and define a value for the mass to be reduced of 70%, i.e. the final design should have 30% of the initial mass.

Now we already can hit “Run”. The part will automatically be meshed using default settings and the iterative process of the topology optimization algorithm will start: 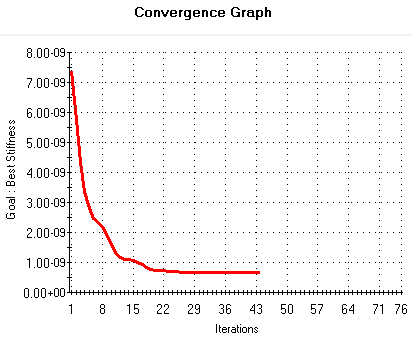 Here is what the optimal topology for the given scenario will look like:

Now we want to add some manufacturing controls.

Let me cite the according page from the SOLIDWORKS Help: “The optimization process creates a material layout that satisfies the optimization goal and any geometric constraints you define. However, the design may be impossible to create using standard manufacturing techniques, such as casting and forging. Applying proper geometric controls prevents the formation of undercuts and hollow parts. Manufacturing restrictions ensure that the optimized shape can be extracted from a mold, or can be stampable with a tool and die.”

There are four kinds of manufacturing controls available:

We use two of them in our next topology study:

Symmetry control forces the optimized design to be symmetric about a specified plane. You can enforce a half, quarter, or one-eighth planar symmetry for an optimized design.

If the optimization algorithm removes an element from the structure, it also removes all the elements behind or in front of the element (with respect to the edge vector indicating the pull direction). For example, an optimized crane hook model with a stamping control is shown. 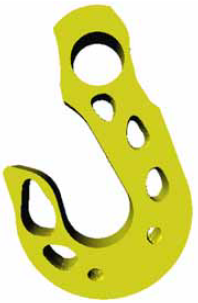 The result is shown here:

In the next study we want to remove even more material, let’s say 80%:

Note that by default all regions with loads or fixtures applied are automatically “preserved”, i.e. the according elements cannot be removed by the algorithm. But this can be adjusted, e.g. we can allow material to be preserved only at regions with loads:

Finally, we adjust the mesh size to be one third of the initial (default) value. Now there is more “freedom” for the algorithm to find an optimal structure:

Topology study allows for a vast variety of applications. Generating or optimizing designs with this state-of-the-art technology allows you to stand out from your competitors in terms of design, quality and performance.