It’s too heavy on one side. It almost looks as if it might fall over just sitting there. It makes me uneasy. And that’s what I love about it.

I’m referring to the design of Ronin Motorworks 47. If you haven’t seen one, it looks like this: 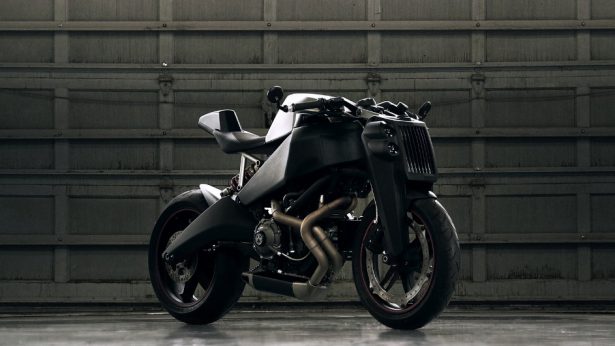 It features a chunky radiator housed between a set of wrapped forks with the eyes pushed off to one side. It is, without a doubt, a polarizing design. Most people either love it or hate it and it’s one of the first things that pops into my head when I think about symmetry.

I, myself, am a sucker for a little bit of asymmetry. Maybe I’ve just got a wild hair or two. I like things that are almost entirely symmetrical with some small element that throws it all out the window. But asymmetry is nothing without the contrast of symmetry, isn’t it? Disorder is just chaos if it’s not met with some order. Somewhere in there, there’s a balance.

That’s one of the things I love about CAD. It’s much easier to find that balance. Symmetry is so difficult to create by hand. Whether you’re sketching on paper, or physically building something, symmetry will always present a challenge. When you’re working in CAD however, symmetry is almost an afterthought. I’ve always found the efficiency very satisfying while drawing a portion of something and having the system replicate the opposite-hand version. It gives you the freedom to use (or contrast) symmetry at will.

SOLIDWORKS has a wide range of mirror and patterning tools that are great for symmetry. In 2018, the mirror tool received a slight tweak that I think might undeservedly fly under the radar. The Sketch Mirror tool now supports the selection of planes for use as a symmetry reference.

At first, it seems almost trivial. As I browsed the “What’s New” document for 2018 when it came out, I honestly skipped right by it. However, I now think the adjustment merits more than just a cursory glance.

We’ve all become so accustomed to creating a centerline in every symmetrical sketch we create but does it need to be there? Not usually. In fact, it’s often in the way. The centerline is something we’ve just worked around because we’ve needed it to make the magic happen. With this no longer being the case, I think it’s time to start reserving the centerline tool only for the times we really need it. With SOLIDWORKS 2018 we have the opportunity to envision our geometry in its final shape unmarred by a scribe up the middle.

For the sketch shown below, no centerline was used though symmetry was maintained. This sketch was created on the Front Plane with the Right Plane used in place of a centerline. If you have a keen eye, you’ll notice the dahses indicating that I used Dynamic Mirror which is even supported as well! 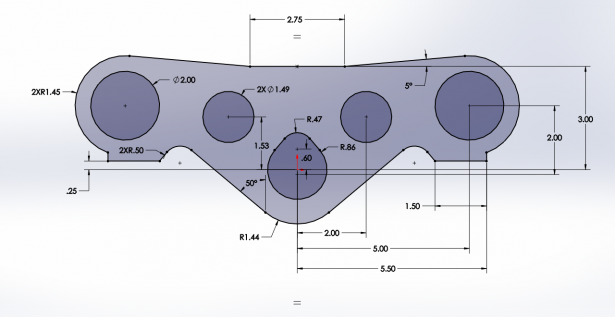 Here we can see the location of the Right Plane. 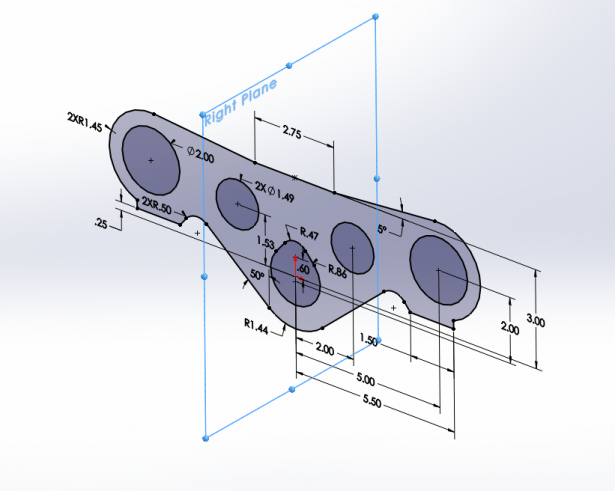 The great thing about this method is that it works exactly like the old method did but without the need to create a centerline. To use it, simply select the plane at the same point in the process when you would normally select the centerline when using Sketch Mirror or Dynamic Mirror.

This is pretty slick, but I think it goes beyond just that. I think it’s a matter of consistency. One of the things I’ve always liked about SOLIDWORKS is its consistency. The way you think about things in one side of the software often matches the way you’d think about it in another. It’s the same feeling I got with the addition of the ability to CTRL select multiple references in an Assembly and have the mates available in the In-Context Menu. This is the same process I use to add relations in a sketch. It makes the 2D work analogous to the 3D work and makes the whole modeling process feel more fluid. Likewise, this old tool with a new spin is much more flexible. The use of planes as a mirror reference is often what we use for Feature or Body mirrors. This train of thought now carries into both 2D and 3D sketches without limitations. It allows us to continue to think more in 3D than we often do while sketching. It leads us to invision 3D symmetry even if we’re creating a planar sketch for the feature. Whether we’re editing a part, a sketch, or a 3D sketch, the process is always the same.

Thanks for reading and I hope you enjoy more seamless symmetry than ever in SOLIDWORKS 2018!